Positive Signs of Our Times!

Heartened to see the "Nuns on a Bus" Tour is in high gear and has crowds greeting them like they are rock stars. They are drawing attention to the immorality of the Paul Ryan GOP budget that would:
*Raise taxes on 18 million hardworking low-income families while cutting taxes for
millionaires and big corporations.
*Push the families of 2 million children into poverty.
*Kick 8 million people off food stamps and 30 million off health care.

Sister Simone Campbell, in true nun fashion has this to say about those who would take from the poor to give more to the rich.

“We have to open our hearts, even to John Boehner, Eric Cantor and Mitch McConnell,” she said, grinning, “all the people I want to think are God’s mistakes.”

“The God in me resides in the God in them," she added.

The Vatican has criticized American nuns for spending too much time helping the poor and sick and for not being sufficiently anti-gay and anti-abortion. They have accused one group that claims 57,000 nuns as members as being "radical feminists". In the court of public opinion- the nuns are winning. 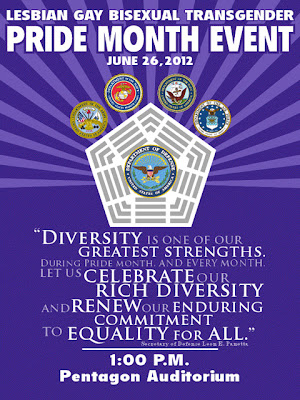 Did you ever think you'd live to see the day?!
About time!

Our Green Future
Read about how one "little northern city is going carbon neutral, right in the heart of oil and gas country."

Vagina Power!
More than 2,500 went to the steps of the capitol in Michigan for a protest reading of the Vagina Monologues, after two women legislators were banned from talking after one of them said "vagina".

No kidding. These male legislators want to regulate women's vaginas- they are trying to close down abortion providers- but they cannot speak the word.

And last, but not least,
Supreme Court Rules Health Care Act Constitutional!
The US joins with all industrialized nations of the world to say you should not go bankrupt just because you get sick.

This is an immense relief to the millions who have been, or would have been denied coverage because of preexisting conditions, who got sick and got dropped by their insurance, or who are under 26 and can stay on their parent's plans. We are going in the right direction!

I almost felt bad about the photo I posted below showing the Supreme Court Five with "SHAME" written on them after Roberts joined the liberals of the court. But, no- he should stay there- because of his push for Citizens United- which could unravel everything.

This really should not have come as a big surprise- as the insurance companies wanted Obamacare and Roberts has never met a corporate argument he didn't like. By the way, can we call it Obamney Care from now on? Pawlenty described it that way during the primaries and Bobby Jindall just did too, but in his case it was a Freudian slip! I just think Romney should get the credit he deserves!

Jonathon Gruber, one of the architects of the Romney health care law said, "He can try to draw distinctions and stuff, but he's just lying."

We are going in the right direction- but the states will show us the truly only way to go forward. Vermont just signed Single Payer Health Care into law. Medicare for All!

Posted by Clear Stream Media at 11:26 AM No comments:

Another Blow to Democracy by the Supreme Court Five


On Monday, the five right-wingers on the Supreme Court (l to r- Alito, Kennedy, Roberts, Scalia and Thomas) ruled that states cannot pass laws to limit corruption and the buying of state and local elections by the wealthy. However; the Supreme Court Five did feel it was prudent to impose new limits on political contributions from unions- which shows the true colors of  the Citizens United ruling in Jan 2010. It is not about free speech, but rather is a slow motion coup d'etat to replace democracy with a plutocracy where the 1% rule and the voice of the people is silenced.

As John Nichols of The Nation put it, "If Exxon Mobil* wants to spend $10 million to support a favored candidate in a state legislative or city council race that might decide whether the corporation is regulated, or whether it gets new drilling rights, it can. But why stop at $10 million? If it costs $100 million to shout down the opposition, the court says that is fine. If if costs $1 billion, that's fine, too."

In another example, Nichols points out a company like Walmart may decide they do not want to pay local taxes. Now thanks to the far reaching tentacles of Citizens United, Walmart can buy local politicians who will agree with them- local schools and public services be damned.

In Montana, there has been a ban on corporate electioneering for over a century. This was based on the state's corrupt history in which copper barons (one was called one of the wealthiest men in the world) owned the newspapers and "ran the state government like their own subsidiary". In 2011, Montana upheld the ban which had worked so well for a century.

Some were holding out hope that in reviewing the Montana ban, that some aspects of Citizens United could be reheard, especially as the decision's claim that super PACS would be independent of the candidates is patently false. One only has to look at the 2012 presidential race to see billionaires like Sheldon "The Palestinians are an Invented People" Adelson and Foster "Put an Aspirin between Your Knees" Fiesss being highly involved in their candidates' races. Does anyone believe they do not expect anything from donating hundreds of millions of dollars?

But the Partisan Five were not swayed. They seem to be doubling down on what Justice Kennedy wrote in the majority (by one person) opinion in Citizens United regarding unlimited spending by mega-wealthy corporations - he said such expenditures “do not give rise to corruption or the appearance of corruption.”

We, the people wholeheartedly disagree. About 85% of Americans (democrat, republican and independentt) want Citizens United overturned. About 100 resolutions on local and state levels (3 states so far) have been passed to overturn the disastrous ruling. The US Conference of Mayors unanimously passed a resolution this month stating that corporations should not receive the same legal rights as natural citizens and that money is not speech. They called for the most urgent action to reverse Citizens United.

Get involved- Go to freespeechforpeople.org and movetoamend.org. There is also a weekly Move to Amend meeting in Saugerties, NY- http://www.facebook.com/groups/145647712228380/

The Shame photo also refers to the fact that the high court just gave the thumbs up to racial profiling by upholding  "your papers please" aspect of AZ's immigration law.

“In his famous speech at Gettysburg during the Civil War, Abraham Lincoln talked about America as a country ‘of the people, by the people and for the people.’ Today, as a result of the Supreme Court’s refusal to reconsider its decision in Citizens United, we are rapidly moving toward a nation of the super-rich, by the super-rich and for the super-rich. That is not what America is supposed to be about. This Supreme Court decision must be overturned.” Senator Bernie Sanders

*If Exxon Mobil had spent just 2 percent of its 2008 profits in the last presidential election, it would have outspent McCain and Obama combined. The danger to democracy is very real.

Posted by Clear Stream Media at 12:52 PM No comments:

Our Right to Know!

Join us at GMO? OMG! Hudson Valley for No GMOs
Posted by Clear Stream Media at 11:02 AM No comments:

Walker Win Could Soon Turn into a Big Lose

It was hard to come back from my two week vacation (in media free AZ) to find that Scott Walker did not lose his seat in the WI recall (thank goodness Dems won the majority in the State Senate!) Seventy percent of Walker's campaign contributions came from out of state from billionaires like Sheldon Adelson (Gingrich's sugar daddy). Over $31 million flowed into his campaign and he plastered WI airwaves with misleading ads for months, including a disgusting ad linking his opponent to a picture of a dead baby. But the story isn't quite over.

Three of Walker's aides from his time as Milwaukee County Executive have been indicted for stealing from veterans and widows and orphans from the Iraq and Afghanistan Wars for personal and campaign spending.  Many feel Walker may be next. Indeed he is the only governor in America to have a criminal defense fund and he has moved $160,000 in campaign donations to that fund.

Below is from Walker Watch- Could Walker as County Executive really not known that any of this was going on? And if he didn't have a clue, what does that say about him?
Many of the sources are combined from the Wisconsin State Journal, the Milwaukee Journal Sentinel and other news sources. It’s just a matter of time when the “smoking gun” leads to Scott Walker knwoing what was going on. It’s just a matter of justice.
This evidence, seen on several blogs looking at the FBI investigation, may indeed be the beginning of showing actual proof that Walker did know “about the laptops” that were being used for illegal campaign fundraising and other crimes at the Milwaukee County office.
(oops- tried to fix the list and cannot make this part go away!)

This evidence, seen on several blogs looking at the FBI investigation, may indeed be the beginning of showing actual proof that Walker did know “about the laptops” that were being used for illegal campaign fundraising and other crimes at the Milwaukee County office.

Thank you to the folks at Walker Watch! Stay tuned.
Posted by Clear Stream Media at 1:15 PM No comments:


Sorry I have not posted in awhile- if you click here you 'll see why! Glad to be back and will get into regular posting now. Hmm, don't know why it links to the end of the post- just scroll up a little.
WAKING PLANET: Science Love
Posted by Clear Stream Media at 11:47 AM No comments: