BP's Ugly Past and Present 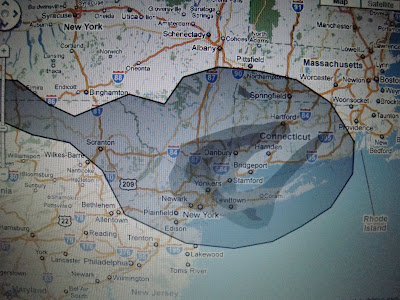 Visualizing the BP Disaster as
IfItWasMyHome.com Thanks to this site for bringing home the reality of the enormity of this disaster.

Almost three months after the explosion that left 11 dead and resulted in the worst environmental catastrophe in our nation's history, BP has capped the gusher that has spewed over 200 million barrels of oil into the Gulf. But don't break out the party hats any time soon- no one really knows what the effect all that oil will have on this fragile marine ecosystem AND there are signs that oil and gas could be coming up now through the seabed floor. The government is worried. They have asked BP to monitor the situation carefully, but the news is BP is already ignoring the warning signs.http://articles.latimes.com/2010/aug/03/nation/la-na-oil-spill-20100803

The use of Corexit is also an unprecedented environmental experiment. In the trade it is known as Hides It- because that is all it does- break oil into little globules so it is less visible on the ocean surface. Its main ingredient is a neurotoxin pesticide four times more toxic to human and aquatic life than oil. In the beginning government officials asked BP not to use it, but again BP listens to no one. Over 2 million gallons of Corexit have been dumped in the Gulf. BP writes their own rules, not to mention their own faked safety reports.

Here is just a small sampling of their criminal behavior-
Speaking of the Alaska pipeline you may have missed that a BP leak there in May released 100,000 gallons of oil. State inspectors said "procedures were not properly implemented". In the past when a whistle blower complained of conditions at the Alaskan pipe's tanker facility BP's CEO of Alaskan operations got right to work. Fixing the deplorable conditions? No, no. The BP executive hired a former CIA expert who broke into the whistle blower's home. His phone was tapped and they ran a smear campaign against him. A US federal judge called BP's actions "reminiscent of Nazi Germany."

The video below from WKRG in Mobile, Alabama took water and sand samples from beaches that people were told are safe. The amount of oil should be no more than 5 ppm (parts per million). Oil is toxic at 11ppm. The water that tested the highest came out of a hole a little kid was digging in the sand. It was 221 ppm. Even more ominous, one of the beakers exploded in the lab indicating high levels of  methanol or methane gas in the water.

There seems no end to the damning evidence against BP- like the allegation that emerged recently that they helped to free a terrorist who was the mastermind of the Lockerbee bombing to get their hands on Libyan oil. But what can we expect from a company that has its roots in the overthrow of a democratically elected leader in a sovereign nation? I'm referring to BP's beginnings as the Anglo Iranian Oil Company in 1928. British personnel lived lives of luxury while Iranian laborers were paid 50 cents a day and lived in squalor in a shanty town with no water or electricity The company was to pay Iran just 16% from selling that country's oil, but they never let anyone audit the books, so it was probably much less. By the 1950's Iran's prime minister Mohammad Mossadeq tried to nationalize the oil company so that his country could benefit from their own resources. Eisenhower's Sec of State Foster Dulles, a lawyer for multinational corporations viewed this as a dangerous example, so our CIA intervened. Mossadeq was overthrown and the US friendly Shah (with his dreaded SAVAK secret police) was installed. This brought about the rise of Islamic extremists who took over the country in the 1979 revolution.

If BP is a person like the Supreme Court Five insist then it is a psychopath.

The neo-con mantra of "deregulate and allow the free markets to take care of all" is now exposed as the sham it always was.  BP is all about greed and it is the people and marine and coastal life that are left paying dearly.
Posted by Clear Stream Media at 2:54 PM No comments: Links to this post