Trust Maker of DDT, Agent Orange, PCBs with Our Food?

Posted by Clear Stream Media at 11:03 AM No comments: Links to this post

Emmett Till and Trayvon Martin 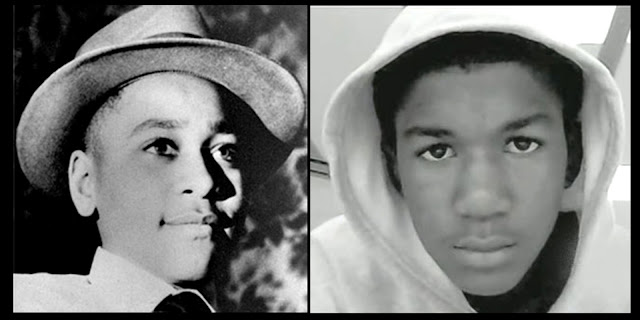 In 1955, fourteen year old Emmett Till whistled at a white woman in Mississippi and was brutally murdered for it. Less than a month after his murder, an all-white jury acquitted the two white defendants in 67 minutes (it would have taken less time one juror said, but they stopped for a soda break). Emmett's mother bravely allowed the casket to be open and photos of his mutilated face and body stunned the nation. I remember reading once that people who were motivated to work in the south for racial justice all had one thing in common- they had  all seen Emmett's picture.

Now we have seventeen year old Trayvon Martin shot in cold blood while walking unarmed in his father's neighborhood, but this time, we do not even have an arrest. I won't go into all the details- I'm sure most of you are following this, but what you might not know is how all these irresponsible, shoot first, ask questions later (or more accurately- there will be no questions) laws came into being.

Once again we see the ugly tentacles of ALEC, the American Legislative Exchange Council, reaching into legislatures to pass laws that provide profits to corporations- often at the expense of public safety, individual rights and the environment. At ALEC, NRA lobbyists work with big retailers, who profit from gun sales, to write the model legislation. Then political stooges, mostly Republicans, bring the legislation home to their states- not because the people have called for it, but because ALEC and its moneyed corporate members want it. States earn extra credit on ALEC's "legislative scorecards" for passing laws like Stand Your Ground. Twenty three states have some form of this law.

A similar law, called the Castle Doctrine was passed in Wisconsin (Gov Walker and the heads of the Assembly and Senate are all ALEC members) and on March 3 another young, black man was shot in the chest and died. Bo Morrison, 20, was at an underage drinking party. When cops showed up many ran to hide. Bo hid on the front porch of a neighbor's house and when the home owner found him there he shot him, although he was aware there were police in the neighborhood.

Chris Taylor, a Wisconsin state representative said, "It is heartbreaking that the legislators allowed this reckless law to go forward and now a young man is dead."

There is no doubt that these laws encourage vigilantism and deadly force. The number of "justifiable homicides" has tripled in Florida since Jeb Bush signed the Stand Your Ground law into being. Critics at the time said it would lead to racially motivated killings and promote deadly escalations in arguments.

Time to take our country back from the NRA, ALEC and politicians who only serve their corporate masters and not the people.

Heartfelt sympathies to the family of Trayvon. May he- another sacrificial lamb- similarly motivate many to get involved to fight the scourge of racism and demand justice!
Posted by Clear Stream Media at 12:45 PM 1 comment: Links to this post

The GOP's War on Women is now on steroids.
For more on the GOP's Misogyny Problem. 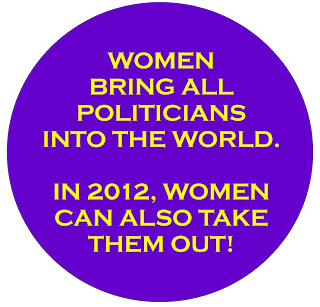 But here is the good news- the backlash has begun and it will be strong. Most Americans do not agree with the radical agenda of the far right to turn back the clock on women's rights. There will be  a Women's Grassroots Congress this month and  marches are planned nationwide  for April 28.

From the new group Organizing against the War on Women-

"Help defend women’s rights and pursuit of equality. Join Americans all across the United States on April 28th, 2012, as we come together as one to tell members of Congress in Washington DC and legislators in all 50 states, “Enough is enough!”

All Americans have the right to make decisions about their own bodies, including contraception, without interference from government, business or religious institutions" 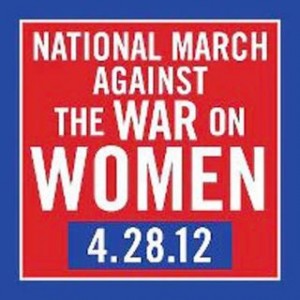 Posted by Clear Stream Media at 12:46 PM No comments: Links to this post

WAKING PLANET: Be You!

WAKING PLANET: Be You!
Posted by Clear Stream Media at 9:04 PM No comments: Links to this post

1. A Win for Local Sovereignty and Anti-Fracking Activists

A second NYS judge in a week, has ruled that a municipality can ban fracking in their borders. State Supreme Court Justice Donald F.Cerio, Jr said that although the state regulates drilling, local governments can decide if they want drilling at all.

From Rosalyn Cherry- New Paltz anti-fracking activist and member of Women in Black-
As New York State residents are fighting for a ban of  horizontal hydraulic fracturing (fracking) they were rewarded two decisions in the court that local municipalities have the right to ban this form of toxic drilling. Not only is fracking banned but also storing, treating and disposing of any products or waste produced from fracking (called waste water or flowback.).

Both the towns of Dryden and Middlefield passed zoning laws to protect the environment and health of their residents. Dryden was sued by a major oil and developer, Anschutz. Middlefield was sued by a local landowner who wanted drilling to start so she would start to get royalties.

This leaves land use decisions up to local governments and not bureaucrats who do not live in the community. This is a blow to the corporations that make up the oil and gas industry where they argue they have the right to override the wishes of the community. To learn more about fracking here is the link to a great video. http://www.youtube.com/watch?v=dEB_Wwe-uBM


2. Nine More Aging Dirty Coal Plants to Close
A ten year, grassroots campaign to close two of the dirtiest coal plants in our country has resulted in a victory! The two plants in Chicago, were nearly a century old and had received no updates for the past 50 years. They were "grandfathered" in meaning they had laxer, air quality standards, but failed to even meet them.

Activist pressure, new air quality standards, market forces and more investment in renewals and efficiency have helped to result in a total of 106 coal plants closing since January of 2010. Additionally, 166 new coal plants have been defeated since 2002. The closing of the plants will save thousands of lives and tens of thousands of asthma attacks each year and help us in our fight against global warming.


3.Severe Weather Changing Minds about Climate Change
The multimillion dollar, climate change-denying machinations of the Koch brothers, Big Oil and the Chamber of Commerce have unfortunately had an impact. But the good news is that the percent who believe that climate change is real (62%) is rising (up 7% from last spring and 10% from 2010.)  Another poll showed the same trend with even better results.

"The percentage of Americans who believe the Earth has been warming rose to 83 percent from 75 percent last year in the poll conducted Sept. 8-12, 2011."

The fact is that 4 out of 5 Americans have been impacted by extreme weather since 2006. Just look at what happened this past week. In just five days, 150 tornadoes tore through our country, with winds raging up to 200mph and killing 39 people.  In 2011, we had record breaking blizzards, tornadoes that killed 550, severe flooding, Hurricane Irene hitting the Eastern Seaboard, the hottest summer and worse drought in Texas (where 1 million acres burned) and 6,000 heat records broken across the country.

We usually have 3 or 4 major natural disasters from weather a year. In 2011 there were at least a dozen and similar patterns are being seen around the world.

So who are you going to believe- the fossil fuel industry that just wants to reap mega-profits for as long as they can, no matter the consequence, or your own eyes and experience? I believe the number who believe in climate change and want bold action to reverse it will grow exponentially this year.

4. Limbaugh on His Way Out
At least 40 advertisers have withdrawn from Rush Limbaugh since his misogynist rant against Sandra Fluke, the young college woman who testified about the necessity of birth control for women's preventative health. Sign the petition to target advertisers remaining at Credo. Nearly a half million already have!

Limbaugh's "apology" added insult to injury as he apologized for using the two words, "slut" and "prostitute", but said nothing about the three days he spoke about Ms Fluke wanting too much sex,or that she should make sex tapes available so he could see them.

Republican leaders have given tacit approval of Limbaugh's hate speech by their near universal silence. I thought Romney's spineless reaction was the worst, saying merely "It is not the language I would have used." As Jon Stewart  and others have asked, what would you have called her? A trollop? A lady of the night? Hope Fox's Bill O'Reilly who backed Limbaugh's despicable comments is targeted next. 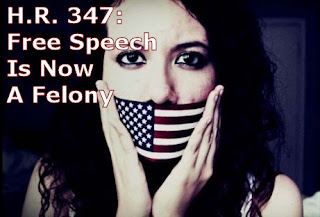 I have decided to focus on more good news here- but cannot ignore items that are seriously bad news and need our attention.

This week the House passed a bill (HR347) that would make it a felony to protest near anyone who has Secret Service protection- even if you did not know they were in the vicinity and that it was illegal to do so. Only 3 Republicans (!) voted against it, One of them, Justin Amash (R-MI) called it "The First Amendment Rights Eradication Act". The bill sailed through the Senate unanimously and very quietly earlier this month. Only a veto by president Obama can stop it.  Sign the petition here.

This is what is at stake-
"Congress shall make no law respecting an establishment of religion, or prohibiting the free exercise thereof; or abridging the freedom of speech, or of the press; or the right of the people peaceably to assemble, and to petition the Government for a redress of grievances."

Next time, as promised- The Right to Know/Label GM Foods movement is gaining traction. We have the right to know what we are eating and feeding our families!