Media Are Deceiving You- Bernie Is on a Roll! 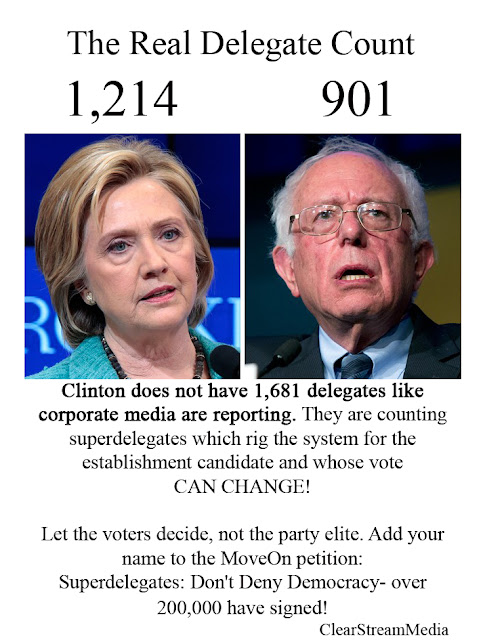 Corporate media have been bashing Bernie (16 negative stories in the Washington Post in 16 hours is just the tip of the anti-Bernie bias) and trying to coronate Clinton from the beginning. They continue to do so by adding the undemocratic "superdelegates" (made up of Democratic members of Congress, Democratic governors, party officials and registered lobbyists) into the totals. There has never been a case where a person won the popular vote, but lost due to superdelegates. The system is designed to allow superdelegates, also known as "unpledged delegates" to switch votes to reflect the popular vote; so why are they counted at all at this point? In 2008, Hillary had a lead of superdelegates against Obama too- but when Obama began sweeping states, the superdelegates switched allegiance, or went with him for the first time and many think the same thing will happen in this election.

In addition to using misleading delegate numbers, the media have also given Clinton twice as much free media as Sanders - $741 million dollars worth for Clinton, versus Sander's $321 million. Trump has benefited from mainstream, corporate media the most with $1,898 million- six times the free media that Sanders has received.

But in spite of all that, look at Bernie's two latest landslide wins. In Utah and Idaho he roughly beat Clinton 80 to 20% (yes, he lost Arizona*, but so did Obama). Now we are headed for Bernie country- California, Washington and Oregon and others where he could continue to win "Yugely".

Yet Obama recently told donors that the Sanders campaign was nearing the end and that we should all line up like little ducks behind Clinton- the Wall Street, biotechnology (GMO producers) defense industry pick.  Would he have quit at this point when he was running? No, of course not. Between this sell out and the even worse one of his pushing TPP, Obama's true corporate colors are showing.

Then there is the terrible prospect of a Trump presidency. A CNN/ORC (3/22) shows Bernie is our best bet to defeat him! Sanders now trounces Trump by almost 20 points! Clinton beats him by just 12 points and Trump has been within just a couple of points of her in other polls. It is also hard for Clinton to overcome her high unfavorable ratings (not to mention the ongoing FBI investigation). People having an unfavorable view of Clinton has now climbed to 54%. Many find her not honest or trustworthy, or not caring about their needs and problems.

Bernie supporters- Don't buy the hype! Stay strong. Work harder than ever. As Bernie says when we all stick together and vote together- there is nothing we can't accomplish! 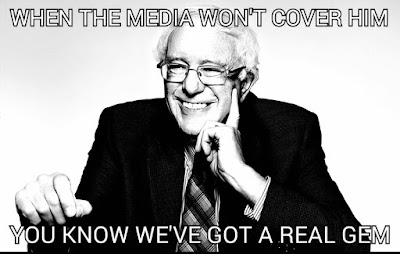 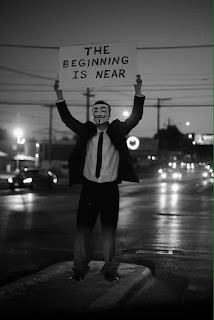 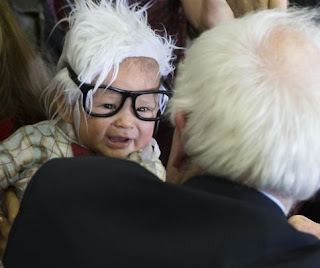 *Here is a video of Democratic voters having to wait for hours to vote in Sheriff Arpaio's Maricopa County in Arizona. https://www.facebook.com/geoff.woods.148/videos/10205656258717439/

There are also reports that Independent voters (who cannot vote in the Democratic Primary in Arizona) were turned away or given provisional ballots that were not counted. Demand an investigation- https://petitions.whitehouse.gov//petition/investigate-voter-fraud-and-voter-suppression-arizona-3222016-democratic-party

An article from FAIR- calling out the NY Times for including superdelegates in delegate totals- something they did not do in 2008- NYT Used to Report Delegate Count as if It Was Voters Who Mattered http://fair.org/home/nyt-used-to-report-delegate-count-as-if-it-was-voters-who-mattered/

Posted by Clear Stream Media at 1:35 PM No comments: Links to this post